Aside from releasing an annual report about auto theft, the National Insurance Crime Bureau (NICB) also revealed the top ten most stolen cars through their Hot Wheels list. These stolen cars are common in some states and they counted the greatest number of most stolen type of vehicles.

•1994 Nissan Sentra – It takes the tenth spot and the first foreign brand on the hot wheel list. Most of the stolen vehicles even split in between the US automakers and foreign brands.
•2002 Ford Explorer – It is the first US made car on the list.
•2004 Dodge Pickup – older car models are usually on the list since they are easier to steal and they have valuable parts.
•1999 Chevrolet Pickup – the NICB also suggested that there are some simple measures to take to prevent auto theft such as taking your keys with you when you lock your cars.
•1994 Acura Integra – an audible or visible warning device can be used by the consumers to ensure that their vehicles are not stolen.
•2000 Dodge Caravan – smart keys, fuel cut offs and kill switches are the immobilizing devices that help prevent auto thefts.
•1991 Toyota Camry
•2006 Ford Pickup – most stolen American vehicle.
•1998 Honda Civic
•1994 Honda Accord – the most stolen car in the country

NICB report examined the vehicle theft data which is submitted by the law enforcement to National Crime Information Center (NCIC) and then determined the vehicle’s model, make and model year reported stolen both by state and nationally. 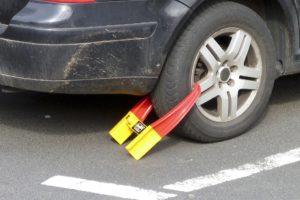 Mobile Locksmith Florida is a Locally Owned & Operated Locksmith Company. We Only Provide Mobile Locksmith Services & Don't have a walk in store. Our Call Out charge is $35 (price to visit your location where the service is needed), Parts & Labor are charged separately. In Case we do not have our technician available we may have refer you to another locksmith. We also provide Impact Windows & Doors Lock Installation Services. By calling us you agree to share your information with our technicians & associated companies for your required locksmith Needs